During the 61stColorado Auctioneers Association Convention, auctioneers from all over the state competed in the annual State Auctioneer Championship with Michael Nichols, owner of Nichols Electric, being crowned as the champion.

The competition consists of two rounds of auctioneering at a live public auction held at the convention.  Each contestant is judged on appearance and presentation, body language, chant and desirability to be hired by the judge.  Along with the title, the state champion receives a custom designed belt buckle, the coveted Chuck Cumberlin “Go Your Best” trophy and a cash prize to compete at the National Auctioneers Association International Auctioneers Championship being held in July during the NAA Convention at New Orleans, LA.

Michael Nichols, of Flagler, is a second-generation auctioneer, graduating from the September 2011 World Wide College of Auctioneering class that was held in Denver, CO.  At the 2012 CAA Convention, Mike was awarded the Troil Welton Memorial Award for the CAA First Timers Competitionthat represents auctioneers competing have graduated from auction school within a year of the convention being held.  Troil Welton, of Wray, Colorado, was known for the encouragement he gave to young, aspiring auctioneers. 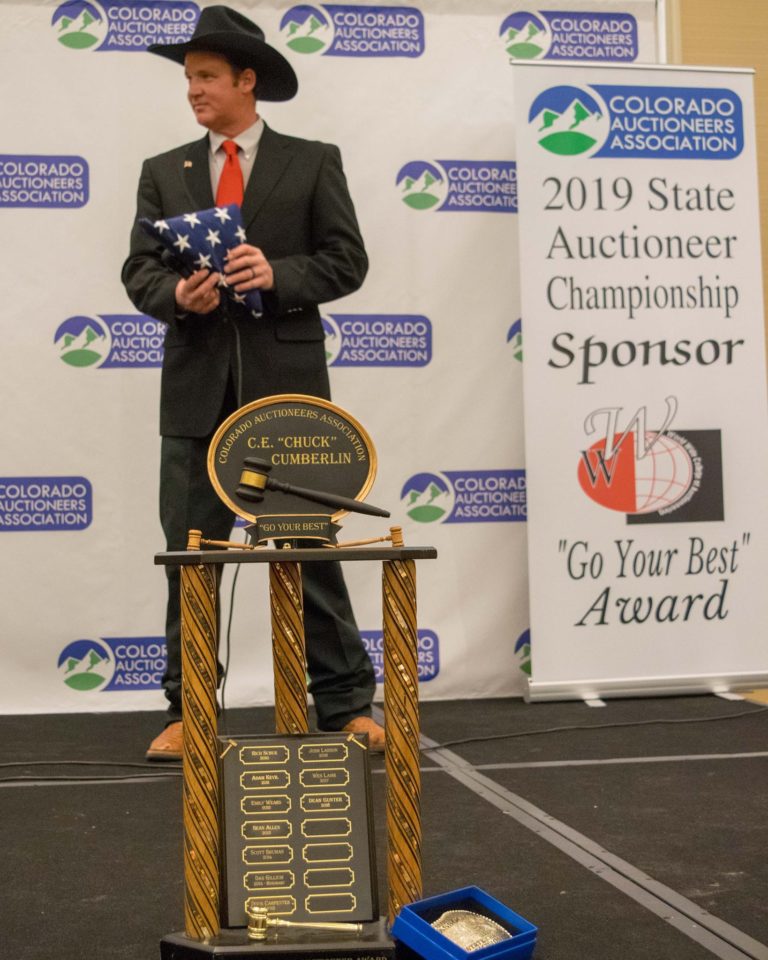 Michael Nichols will sell a certified American Flag that was flown over the Colorado State Capitol on National Auctioneers Day in April 2018.

Michael is a contract auctioneer, in addition to being a co-owner of Nichols Auctioneers in which he and his brother, Lance, are proud to join their father, John Nichols, who is a CAA Hall of Fame recipient, in the auction industry.  Nichols Auctioneers sponsor several organizations and associations in local communities, especially for youth programs.   As Mike stated, “The local communities in which we live and work in are top notch people and a great place to raise a family.” 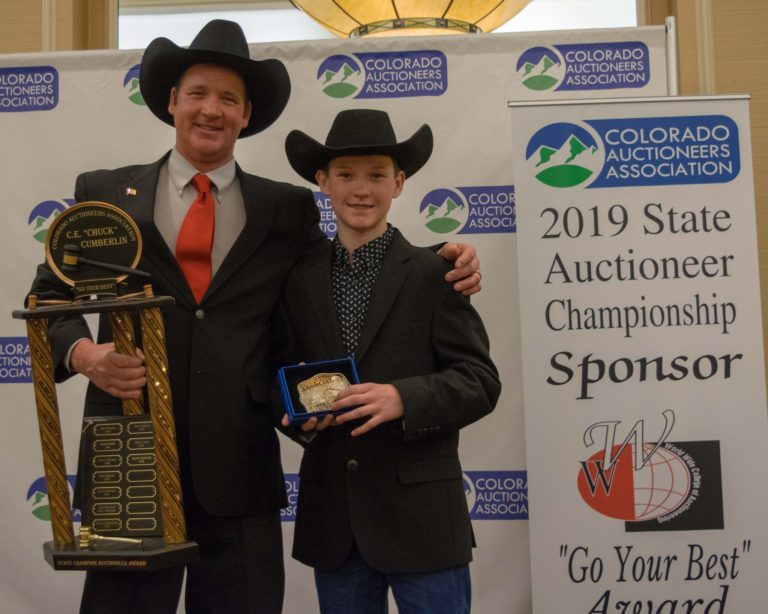 Mike is also the father of Rylee Nichols, the 2018 Colorado Jr Bid Calling Champion, in which he assists his Dad in raising money at various fundraisers to help communities.

In his own words, Mike shares that “I have been blessed to work with great people in our auction family and will give my best effort to represent the auction industry and CAA as the 2019 State Champion.  I am blessed to have the best wife and 4 kids a husband and father could ask for.  Between Nichols Electric, LLC, cow/calf ranch operation, auctioneering, school activities and various church and community Boards; we try to spend our spare time with family and friends.” 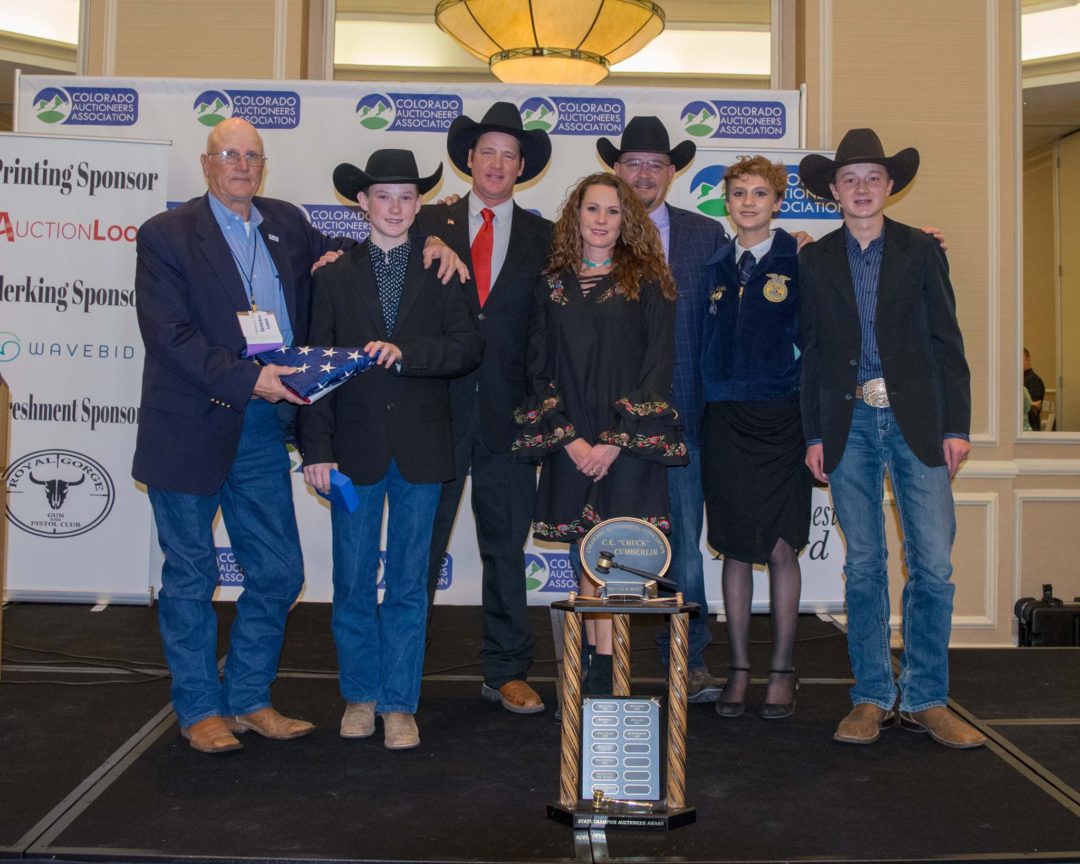 For additional information, contact the Colorado Auctioneers Association at (303) 729-1195.